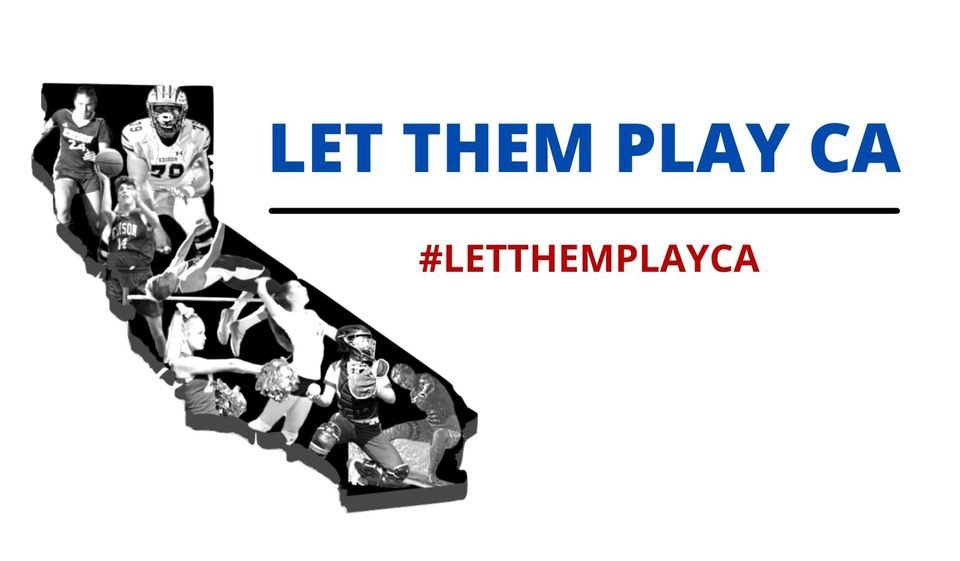 California is one of about ten States not playing competitive youth sports, at least officially. Youth sports include athletes 18 years old and younger across schools, recreational leagues, and clubs. According to TeamSnap’s Return-to-Sports index, California’s score is just under 54%. Compared to Texas at 96%, Arizona at 100%, and Florida at 100%. About 45 million kids in the US participate in sports annually, with some 3 million just in California. For comparison, there are about 500,000 NCAA student-athletes across Divisions I, II, and III. Utah, which paid for testing, has 130 high schools, whereas California has 1,600. The numbers are important when comparing to others and their respective return-to-sports strategies. One size does not fit all. The greater the numbers, the more complex and costly, which is certainly a key reason for California’s situation.

Without Sports, kids cannot experience the many developmental benefits, including leadership, resiliency, sportsmanship, and a healthy lifestyle. Mental health has emerged as a growing concern as these athletes miss that connection, something positive to occupy their time, and a healthy release of energy. Kids are missing what could be their “final season,” whether that’s your last year in softball, “majors” Little League, soccer, or those high school Seniors who will likely not play competitive sports again. Memories that you don’t get back. A very select few high school athletes are missing opportunities to compete for college scholarships or secure admissions spots.

Another and often unmentioned motivation to return to play is the business of youth sports, which is reportedly a $20 Billion industry in the US. Travel, equipment, membership fees, and private coaching contribute to this number, which may be much higher when considering local communities’ economic benefits. At the recreational level, accommodating mostly the younger athletes, these membership or league fees are the organizations’ lifeblood. At the High School level, the California State playoff system accounts for 60% of the budget, and without it, it could result in losses as high as $600,000 — $700,000.

As for the current state of public health, the pandemic is raging, and the new variants are reportedly more contagious and severe. We hope for a successful vaccine rollout. In the meantime, California has issued stay-at-home and mask orders to save lives, “flatten the curve,” and reduce the strain on our public health system. Interestingly, and in contrast, studies have shown that the spread of COVID-19 is no more prevalent during sporting activities implemented with proper safety measures than the risk of general community spread. The same is reportedly accurate for in-school learning.

Even though recreation and school programs have shut-down adhering to the CDC and California Department of Public Health (CDPH) orders, some club teams have continued to play competitively, including outside California. Teams have also held tournaments in their local communities violating health orders without any real accountability. Tackle football, one of the last high school holdouts of going to the club model, now has an emerging club scene. This trend is leaving many athletes, most notably those of lower-income, without sports. If sports are happening regardless of the health orders, the State should already have been proactive with a comprehensive plan rather than continuing to let this get away from them.

Up steps Coach Patrick Walsh, head football coach of Serra High School in San Mateo, California, and Next Level Sports owner. He has organized LetThemPlay, mobilized coaches, cited the available science regarding the spread of COVID-19, and led the effort on behalf of the Golden State High School Football Coaches Community, delivering an open letter to Governor Newsom on January 19, 2021, asking to return to play. (Update: A lawsuit has just been filed.) California uses a color-coded tier system classifying each sport by risk to determine when competition can resume based upon health guidelines. Since last March, all official sports seasons have been canceled or postponed, although, as mentioned, many club teams have continued. Practices with safety precautions, though, have been allowed. In June, the California Interscholastic Federation (CIF) modified the 2020–21 high school sports seasons into two, with season one scheduled to start in December. This start was subsequently postponed due to the surge in infections. Recently, the CIF revised its seasons, canceled State playoffs, and re-shuffled seasons one and two. There is no public plan for the re-start of recreational sports for the younger athletes, such as Little League, AYSO, PlayFlagFootball, and Pop Warner. The LetThemPlay effort has led two Northern California assemblymembers to introduce a resolution that calls for youth sports resumption.

Coach Walsh and the LetThemPlay community present compelling reasons and scientific evidence as to why we should return-to-play, advocating that youth sports become classified as an “essential business.” I always hesitate when adults default to the “it’s for the kids” argument, but while that language has certainly been used, I believe that these efforts are pure. There is certainly an important economic consideration, but that should be secondary.

Here are general thoughts on how to continue executing the vision of “Let Them Play” both now and ongoing to assist this effort. It’s certainly frustrating that California has not led this effort now 10-months since the first shut down in March. We are where we are and thank you to Coach Walsh and the LetThemPlay community for pushing our State into action.

Thanks for reading. Ongoing feedback and ideas are incredibly valued and appreciated.