This is the third story in a three-part series about how technology and innovation are being used to reimagine youth sports during the COVID-19 crisis. Part 1 focuses on virtual sports camps. Part 2 looks at how the pandemic is rapidly shifting youth sports from a hobby to a profession.

For the past five years, LeagueApps has dutifully crafted yearly SWOT analyses, identifying the strengths, weaknesses, opportunities and threats to its youth sports management platform. Each category receives its own quadrant on the graph, with the lower right corner reserved for the external threats.

“‘Pandemic’ had never, ever entered that in any of the years that I’ve ever done a SWOT chart,” says LeagueApps president Jeremy Goldberg, a former strategy consultant. “The real questions you start to wrestle with yourself: How long is this going to last? And what is structural about this?”

Their assessment of how the COVID-19 pandemic would affect youth sports was essentially this: it would disrupt the industry for a year or two, but organized sports would eventually resume. And two pre-existing trends would hasten: 1) technology would play an increasingly critical role, and 2) the roughly 100,000 youth sports organizations across the U.S. would consolidate, favoring those who used the pause in competition to explore new ideas.

“The headlines and particular news angles on youth sports have typically been about what’s happening, about the return to play, but there’s actually the underlying dynamics that COVID probably, in my mind, just accelerated,” Goldberg says. “It’s going to unleash more innovation.”

The chief innovation expected to persist after the pandemic recedes—whenever that may happen—is the continued use of virtual training as a complement to traditional in-person activities. The concept of consolidation applies not only to the overall number of leagues and associations offering teams, as Goldberg invoked the term, but it also can be extended to integrated tech platforms and how they meet the need of servicing less ambitious, more localized schedules.

“The industry itself, because of COVID, has had a gut check,” says Alexandria (Va.) Soccer Association executive director Tommy Park. “Health and safety is always number 1, and I think all these other things that the industry had spiraling out of control—added costs, added travel, add this, add that, add as much as you can—because of COVID, people are recognizing that less is more.”

At the same time, the connection many youth sports organizations fostered with their participants during the hiatus—a greater emphasis on mentorship and character development—will likely continue. What has always been intrinsically part of sports may become more explicit.

“I’ve been in the game for 29 years,” says MLB EVP for baseball and softball development, Tony Reagins, “and these have been some of the most powerful conversations and powerful meetings that I’ve ever been in, in my entire career.”

Jesse Winter first spoke to Famer CEO Rich Abend last winter, following an introduction via LeagueApps. Winter, who is CEO of Long Island’s Level Up basketball program, saw the appeal of Famer’s video coaching platform as a “differentiator” among competing clubs but was initially hesitant to sign on because of the additional cost he’d have to charge the parents of players.

“I actually said to Rich—this is pre quarantine, when things were running pretty normally at that time—‘Listen, I think at some point, I’m going to use Famer. It’s just I need to feel like the timing is right,’ ” Winter recalls saying. “And then obviously coronavirus hit, we had no season, and a lot of parents were reaching out to me, trying to figure out how we can keep the kids active and engaged as much as possible.”

Winter soon subscribed to Famer. Along with two of his coaches, they shot 80 instructional videos and prescribed three drills to their players three times per week. During each session, the players would record themselves doing one of the drills and submit it to their coaches for personalized feedback through the Famer app. The other two days per week, Winter held workouts on Zoom. Kids thus had the benefit of both live instruction (via Zoom) and additional work at their own pace (via Famer). 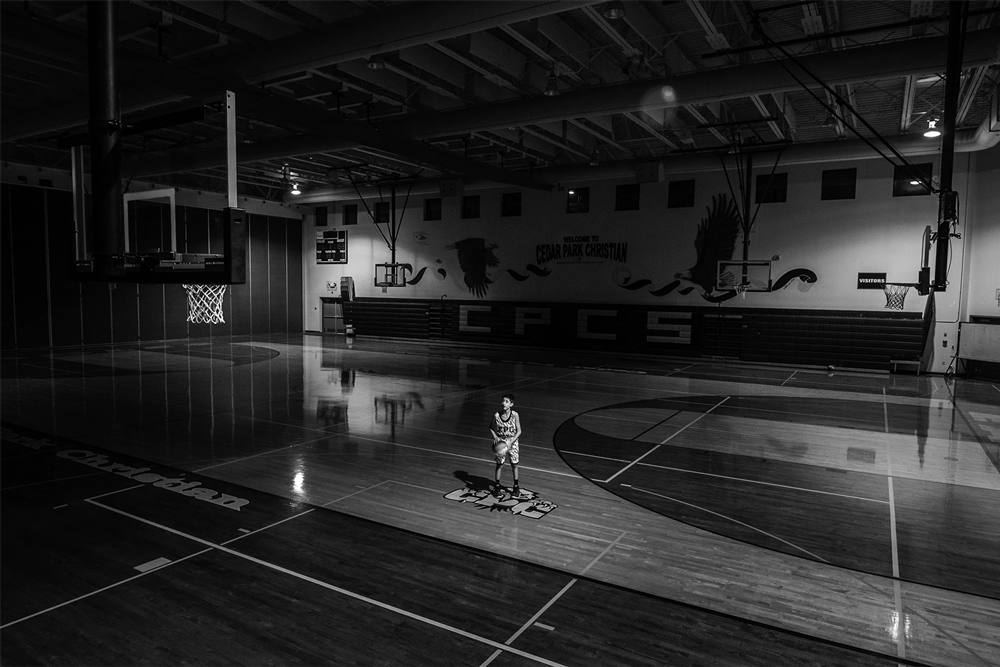 “We’ve seen the industry doing a lot of Zoom sessions and Instagram Live sessions,” Abend says. “That’s good—what I call the ‘synchronous,’ so you’re still getting to see your coach in a live session, but I actually think people are getting computer screen burnout from those types of sessions, especially if kids are back on the courts and fields in some way, shape or form. Not that it won’t continue, but what we’re seeing is Famer becomes a better extension of that because we’re more of the ‘asynchronous.’ ”

LeagueApps and Famer had some preliminary dialogue about a partnership that the pandemic intensified. Goldberg says roughly half of youth sports organizations quickly added virtual training and another 15% had at least expressed interest; in all, LeagueApps noted a 4,000% increase in digital programming registrations. The two tech companies struck a deal in June to integrate Famer into LeagueApps. “The adoption of the tool, and the interest in the tool, accelerated dramatically,” Goldberg says.

Similarly, TeamSnap has added its own training partner in HomeCourt. And plenty of instruction has taken place over Zoom, the video conferencing app that’s become as ubiquitous in living rooms as boardrooms. Three past and present USA Softball stars—Jesse Finch, Natasha Watley and Lauren Chamberlain—held Zoom sessions with drill instruction and Q&As. At one point, Chamberlain demonstrated proper technique to field a ground ball with an avocado.

“We’ve relied on it so much, it’s crazy,” says MLB SVP for baseball operations Kim Ng. “At one point, we were a little bit concerned about, as we were calling it, ‘Zoom fatigue’ for the kids. But I think what we’ve seen is that, at the end of the day, if your content is good, if it’s informative, if it’s concise, and if it’s fun, the kids tune in.”

The learning has been that video coaching isn’t just a substitute by necessity but a value-adding complement. In-person camps and clinics, for example, can extend their value by offering digital lessons after the fact. Players who are too far away can exclusively dial in. “Whether you’re a kid in India or Indiana,” Abend says, “you now have access.”

“A year from now, we’re still going to continue to use it,” says Winter, who is also a coach for the Jr. Knicks Virtual Summer Camp. “It’ll be like one workout a week that we’re giving feedback to. If a kid is training with us, we could say, ‘Hey, here’s a drill that we want you to work on on your own time.’ It’s good for them because they can watch it on their phone, they can slow it down at a speed that works for. There’s no rush.” 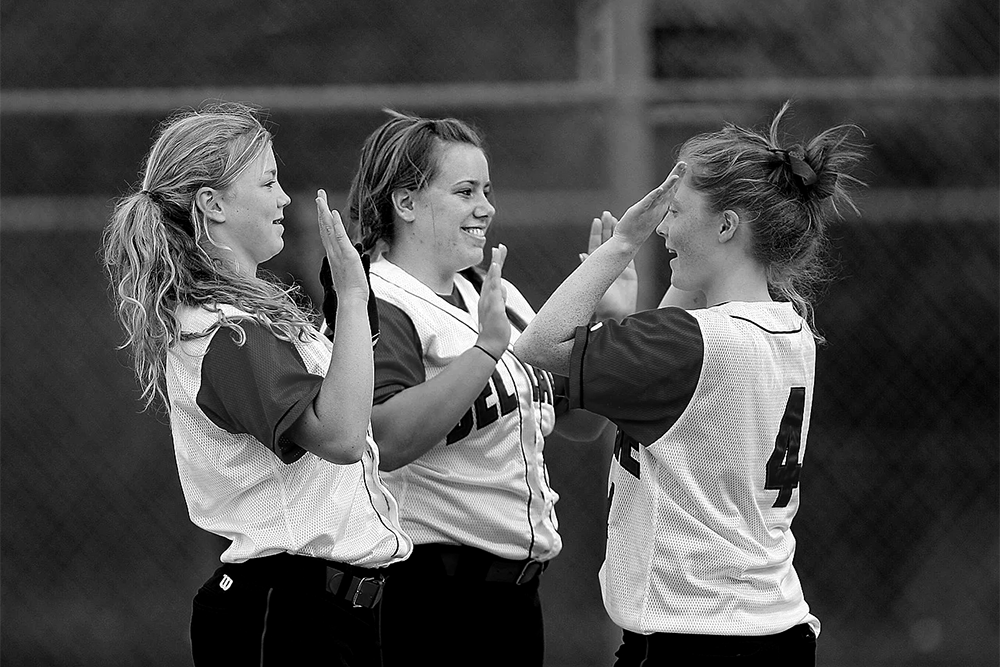 Under MLB’s purview are eight Youth Academies and three-dozen affiliates of RBI (Reviving Baseball in Inner Cities). When the pandemic first halted activity across the country, Reagins called each outpost to check in and make sure the staff had sufficient resources. Many of the youth rely on those extracurriculars for educational support and mentorship beyond sports.

Reagins says the programs have maintained a connection with upwards of 80% of all enrollees, via tech, many on a daily basis. “All those things put together provided us with a deeper connection with the kids, and we continue that to this day,” he says. “Consistency is important.”

Concurrent with COVID-19 pandemic, of course, has been an awakening of social justice causes in the U.S., spurred by the death of George Floyd while in the custody of Minneapolis police. Reagins says that has inspired thoughtful dialogue among participants and coaches—some of it planned, some of it impromptu.

“We’ve had some really impactful conversations around social justice and the experiences that the young men and women have gone through in their lives,” says Reagins, who spent a long career in baseball operations, including as GM of the Los Angeles Angels, before joining the league office. “So just providing that outlet because everybody’s reaction has been different, and to be able to hear somebody else’s voice and somebody else’s experience has been powerful.”

PART 2: The Pandemic Is Accelerating a Shift in Youth Sports From a Hobby to a Profession

Ng, who is also on the board of directors for USA Softball, adds, “It was eye-opening for a lot of the kids to hear people talk about it in a very real way. And they got to see the rawness of it.”

The focus of all sports programs has shifted largely away from tactics to camaraderie. Park, the Alexandria soccer chief, has heard his coaches share a number of stories of weaker soccer players really shine in other avenues. Most are spontaneous exhibitions of show-and-tell; one team had a virtual talent show and another hosted a soccer version of Jeopardy!. Casual conversations have helped with social-emotional development, which for many has been lessened in remote school settings.

“Typically, coaches, program directors and administrators are hyper-focused on the ultra-competitive side, and how can you win the game, what can you add to make players more competitive or develop quicker?” Park says. “But I’ve heard so many stories of how this time has actually had the silver lining that coaches have been able to—weirdly, because it has been remotely—to develop more in-depth relations.”

That holistic experience is so often why parents encourage their children to participate. And sometimes coaches and admins just need a reminder to deliver all facets of sports’ value proposition.

“During this period, a positive that’s really important is I feel like the industry just went through the biggest brand exercise,” says Goldberg. “Because in February, if I had sat with all the customers that we work with and I said, ‘OK, guys, you’re not going to be able to play the game, but you’ve still got to add value, you’ve still got to connect with kids—what would you do?’ And it would be on the whiteboard, you would say, ‘I would provide mentoring. And I would do film study. And I would bring in speakers. And I would talk about character development. And I would talk about social-emotional learning, not just what happens on the court and field.’

“And, so, that is what sports is about, right?”